Wow, it's been a long time since I rock and rolled.
Anybody out there? 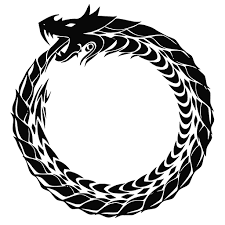 Damn, it's been awhile since I've posted anything here. But I do have something of worth to say today.  I had a doctor's appointment to get fixed today.  Or, as they referred to it, "the procedure."  Yeah, I finally worked up the nerve to get a vasectomy.  After a scare about a month ago, I decided enough was enough. I'm too damn old to deal with a baby; not to mention my wife, of course, as well. Should have gotten it years ago. I just hope it wasn't too late. My wife is late again (should have started today.) Now, wouldn't that be something? Why didn't I keep my promise of not getting anywhere near her until after I've been snipped? But no, had to come home from work early one day last week due to my back being out,  and although my back really was hurting, my horniness was greater. I really hope she gets it tomorrow. Fingers crossed.

I am obsessed with the idea of building a sailboat.  But I have no desire to ever sail it.

I had the same dream three nights in a row when I was a kid. I am in a small grocery store with my parents, when I realize they have left me there. I start to panic, but then immediately find myself in the cargo section of a Mrs. Bairds truck, which is filled with loaves of bread. As I am thrashing around, trying to get out, I slowly start to sink down, and the bread completely engulfs me. That was over 40 years ago. I still get an uneasy feeling in grocery stores.  Especially in the bread section.

My father once told me that Wolf Brand Chili was made from wolf meat; that was why they called wolf brand chili.  Even though I know better now, I still can't bring myself to eat it.

It wasn't until I was a senior in college before I found out I had been mispronouncing my last name all that time.

I once considered killing my father.

I have misplaced my copy of Flaubert's "Bouvard et Pecuchet."  I have looked everywhere.  I have no idea what could've happened to it.

I begged my parents to let me buy a German dagger, which I became obsessed with after seeing it in a store at the mall.  After constantly pestering them for weeks, they finally acquiesced.  While in the woods one day, using it as a throwing knife, the rosewood handle completely broke off, as it clanged against the fallen tree I was throwing it at.

When it comes to food, I will try just about anything, but I draw the line at feet.  Also Brussels sprouts.  And Mrs. Bairds bread and Wolf Brand chili, it goes without saying.

I have changed my mind about the sailboat.  I think I would like to sail it into the ocean, and never return.

Just today, I noticed this blog of mine has had 4000 page views; but hardly anyone ever leaves a comment. I'm curious. Did you just land here by mistake? Is this a case of "dialing a wrong number?" Satisfy my curiosity and let me know what brought you here. Okay? Thanks!

I've been busy reading "The Letters of William Gaddis." I'm really enjoying it. I have the Kindle version, so it's easy to get through a few letters no matter where I might be, either on my Kindle, tablet or phone (isn't technology grand?) I'm having a blast getting a deeper insight into the man himself, the writer who never let anyone in (would Gaddis have approved of a book such as this? Not on your life! He was adamant about keeping his private life private.)

What a complicated person he was. At times he comes across like a self-absorbed, conceited little prick (it should be noted that I'm still reading letters posted from when he was in his twenties. And weren't we all stilll full of ourselves at that age? My wife informs me that at 48, I still am--she's probably right.)

At other times you have to marvel at his fearless tenacity to discover himself. He is constantly on the move--dude makes a nomad look like a slug. He will often get a wild hair, and charge off on some crazy adventure. Most of the time his plans come to nothing, but he never lets that stop him. I would've never had the cajones to do half the things he did: roughing it in the wilds of Mexico, traipsing down to Panama to work on the canal, etc...

Almost all of the letters so far are to his mother. And hardly a letter goes out without him asking her for something (usually money.) We only have the letters he wrote, and none of the ones sent to him, but it doesn't seem she ever denied a request. That woman was a saint! What patience she had with him! So, would he have been able to do all the things he did, have all the adventures that would provide the fodder for the greatest novel ever written (The Recognitions, of course) without her? Not a chance. Much is owed to Edith Gaddis.

One letter in particular hit home with me, the one where he mentions a friend named Bernie. Bernie is trying to write a novel, and WG laments Bernie's lack of talent, even calls him simple-minded. He goes on to state how much of a tragedy it is, how he is such a nice person, but will never be able to fulfill his dream. Bernie and I are kindred spirits, it would seem.
scribbled by Bubba at 3:29 PM 5 comments:

The whale who lost his tail

There was a little whale named Benjamin
The nicest little whale you'd ever meet.
Each sea creature considered him their friend,
Even the squid that he so loved to eat.

He'd swim around all day and sing his song
Elating all who came within earshot.
If you were sad, it didn't last for long;
His lovely voice would banish heavy thought.

But one day as he sang a little scale
A boat above him dropped a heavy weight.
It spiralled down, severing his little tail--
A careless, thoughtless act that sealed his fate.

Now, all he does is lie around and cry,
"Why did this have to happen to me?  Why?" 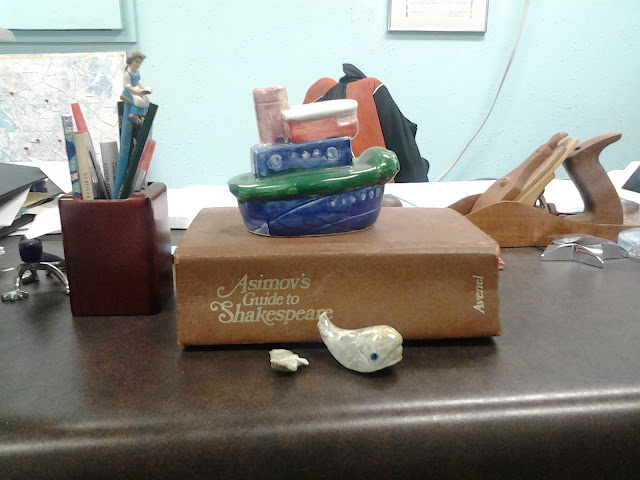 scribbled by Bubba at 5:29 PM No comments:

Just turned 48 the other day. Two years to the half-century mark. Two years to get my novel written. Guess I'd better get back to it. I just found the notebook I had my character notes and plot ideas in; so I'm excited about resuming. But I'm not telling anyone about it--just this blog,to help me keep track of my progress.

Go on, have a good read!